Going from one continent to another, by foot, is a rare experience.  At first, I thought it is not possible. But when I was planning my holy land journey, I found out that it can actually happen.

“The Taba Border Crossing is an international border crossing between Taba, Egypt, and Eilat, Israel. Opened on April 26, 1982 it is currently the only entry/exit point between the two countries that handles tourists. The site is at the bottom of Mount Tallul and was close to Raffi Nelson's Nelson Village and the Sonesta Hotel which both closed due to the handing over of the Sinai to Egyptian control in exchange for normalization of relations. Under terms of the deal, Israelis would be able to visit the Red Sea coast from Taba to Sharm el-Sheikh (and St. Catherine's Monastery) visa free for visits up to fourteen days. The terminal is open 24 hours a day, every day of the year except for the holidays of Eid ul-Adha and Yom Kippur.” -Wikipedia.org

It’s an international border crossing, from Israel to Egypt, same as what I did previously by crossing the border of Jordan and Israel by foot. The difference is that Israel and Jordan are both part of Asia and Egypt is part of Africa.

After paying Israeli Exit Tax of 103NIS (US$28) and pass through its immigration process, I advanced to the Egypt terminal. When I received my Egyptian Immigration stamp on my passport, I finally and formally entered Egypt, which is a part of Africa. 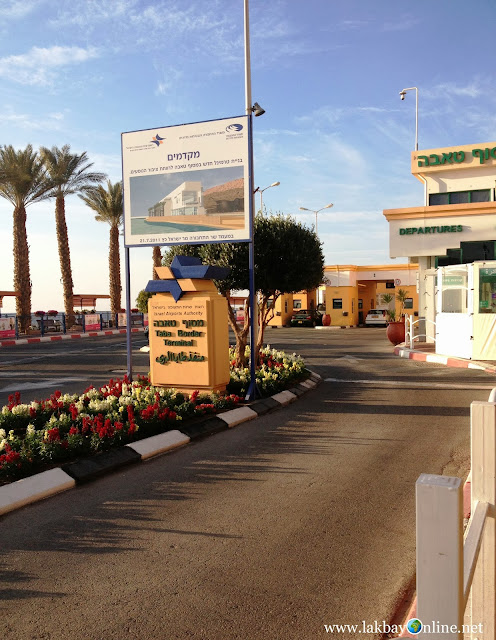 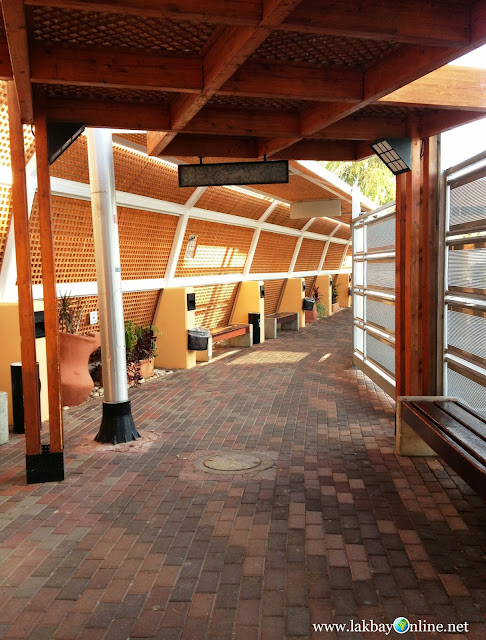 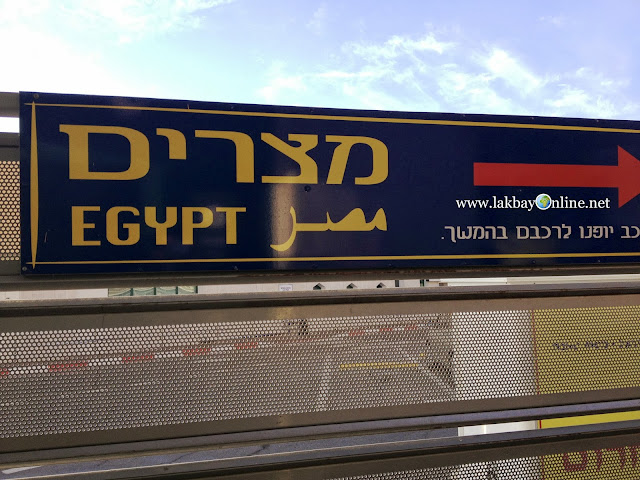 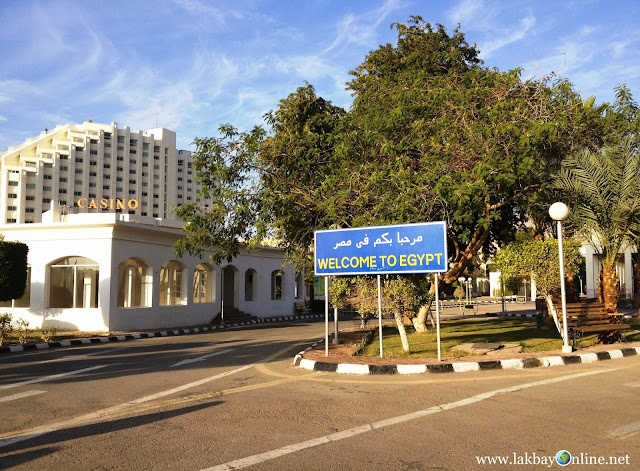 The bus station going to Cairo is just a few hundred meters away. Some Bedouin drivers approached me and offered their services. It was too late when I noticed the sign board saying that all visitors must keep right, and yes, I was on walking on the other side of the road. When I reached the Office of Taba General Authority, I paid border’s tax amounting to 75LE (US$10). 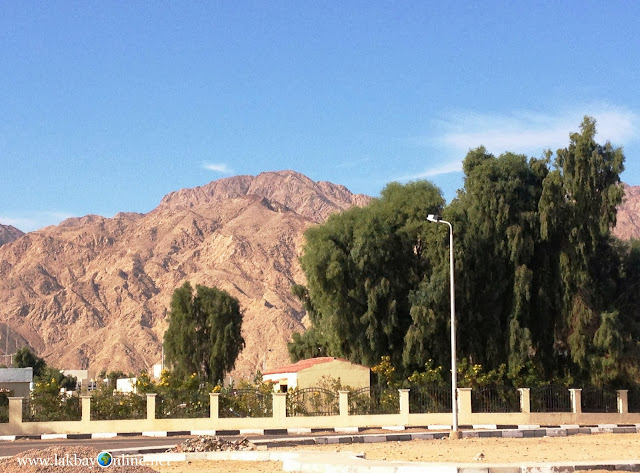 I asked for the location of the East Delta Bus Station. They pointed it on the other side of the road. Unfortunately were no buses. I asked the staff on the ticket counter. He just said, “no bus”.
A Bedouin driver, who speaks english told me that bus service that day going to Cairo is unavailable due to landslide. He offered to drive me to Sinai instead of Cairo, but his rate was expensive.

And so, I decided to go back and explore more of Israel instead. In Egypt Terminal, the police said, “Why are you going back?”. I said, “because there is no bus going to Cairo.” Then the police told me to negotiate with them since they are authorized tourists taxi drivers. So I spoke with one of the drivers. His name is Said Abu Mubark, a Bedouin tourist mini bus driver, with mobile number (002) 010-63-0090139. I forgot his service fee for Mt. Sinai Tour because that time my heart was for the Pyramid and not for Mt. Sinai. 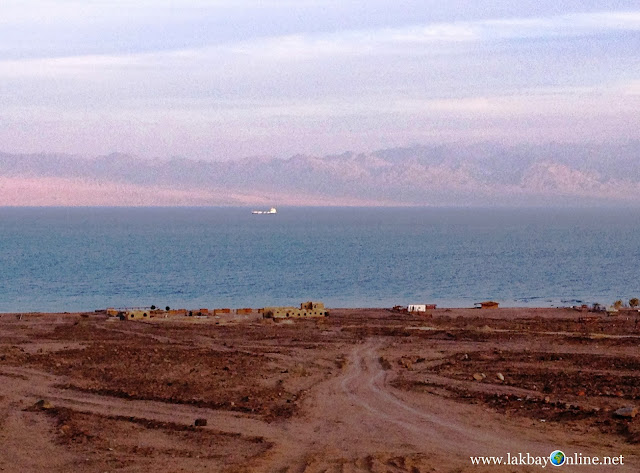 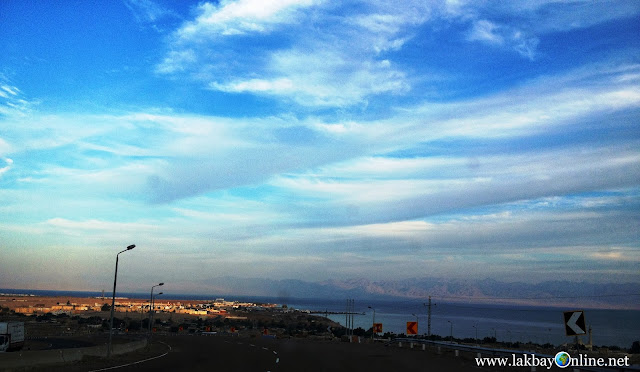 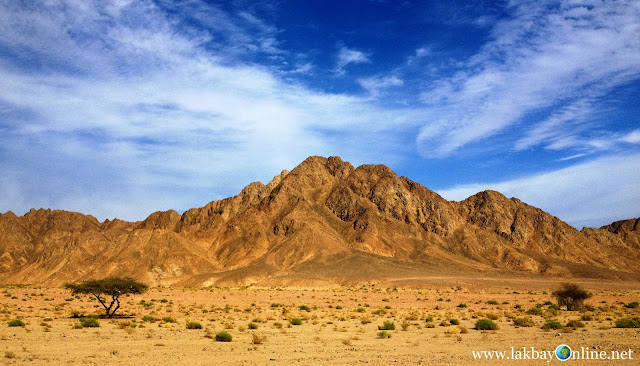 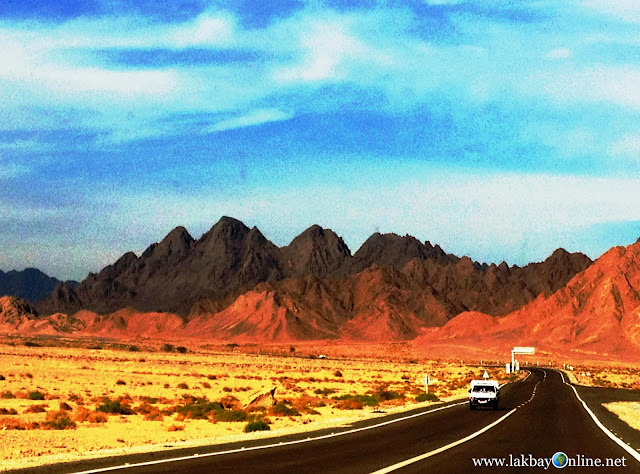 I paid US$600 plus tip for driving me from Taba to Dahab, and then transferred me to his Egyptian friend, who continues to drive me bound to Cairo. Then the next morning, drive to Giza then back to Taba.

Because of landslide at the shortcut road, we took another route along the shore of Red Sea. It was a 9-hour journey from Taba to Cairo. It was really expensive and tiring journey. There were several police check points along the way, but I was still a little bit afraid. Thank God, He gave me a good driver. 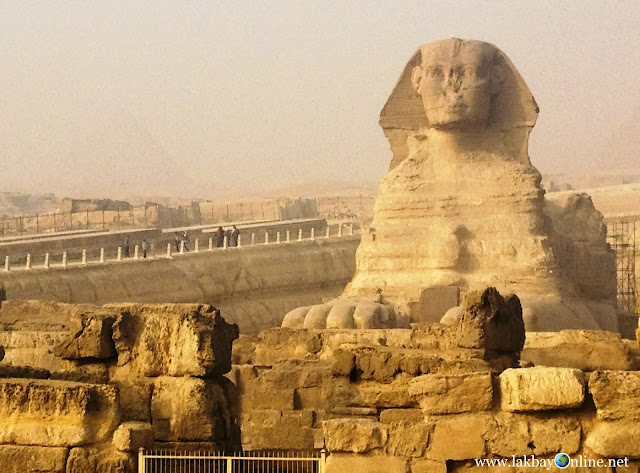