How to get to the city from Beijing International Airport?

The best way to go to the city is to take the Beijing Capital Airport Express Train. It takes only 20 minutes to travel between the airport and Dongzhimen Subway Station. This light rail line is running from the Terminal 2 and 3 of Capital airport going to the two stations in Beijing downtown area, namely, Dongzhimen and Sanyuangqiao, which the passengers can transfer to Subway line 2 & 13 and line 10, respectively. 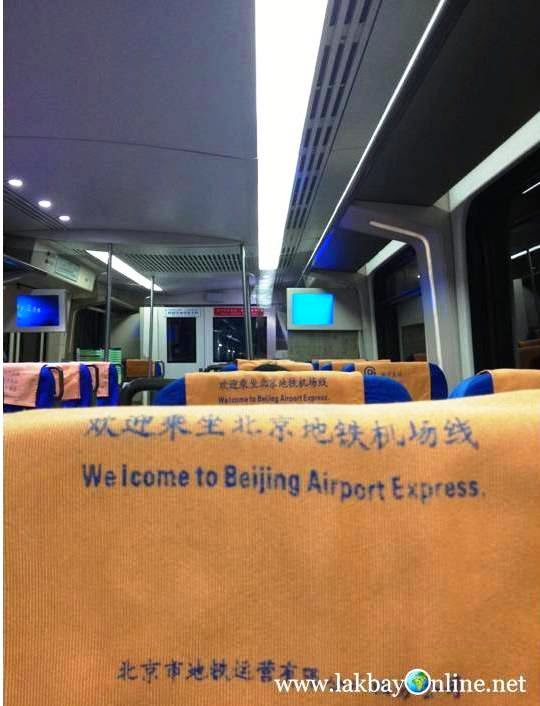 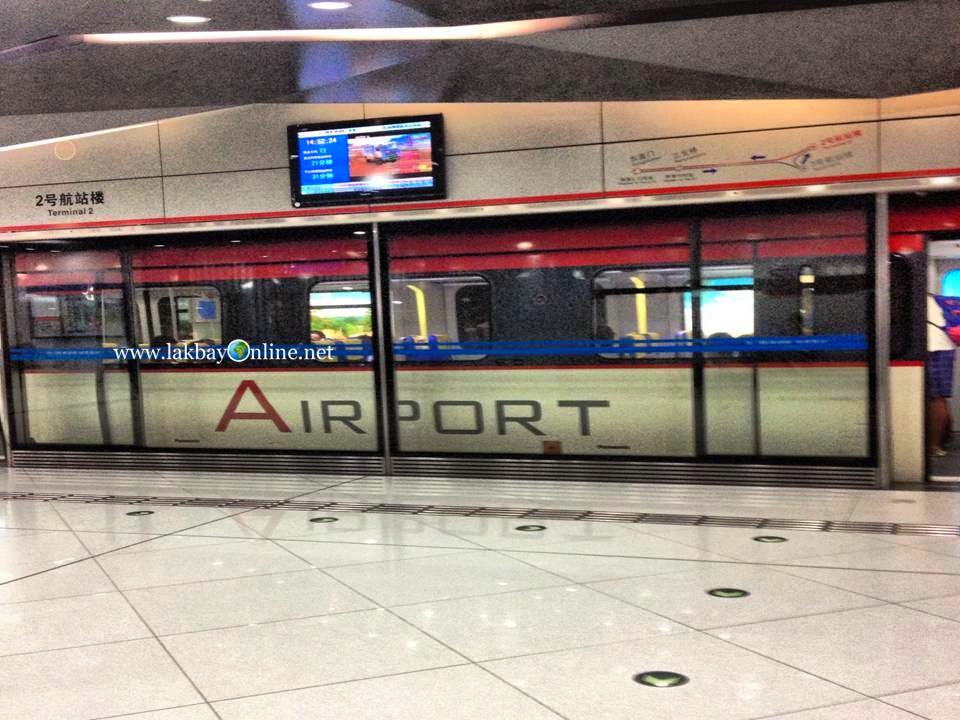 At the four stations, the passengers could purchase card ticket in cash amounting to CNY25 from the manual ticket office or the ticket vending machine which also have English service. Since the card ticket will be reclaimed when you exit from the express train station, you need to keep it. In case you lose it, you have to pay for a compensatory ticket costs CNY250 per person.

Temple of Heave is one among the World’s Heritage Site in China. It was the sacred altar for emperors of Ming and Qing Dynasties to offer sacrifices to Heaven and pray for a bumper harvest. Ancient beliefs like “Circular heaven, square earth”, “supernal heaven, low earth’ and “blue heaven, yellow earth” are all skilfully and ingeniously reflected here.  The Temple of Heave was built in 1420 (Ming Dynasty) and covers an area of 273 hectares.
Entrance ticket costs CNY35.00 per person and an illustrative map or guide to the temple of Heaven costs CNY10.00 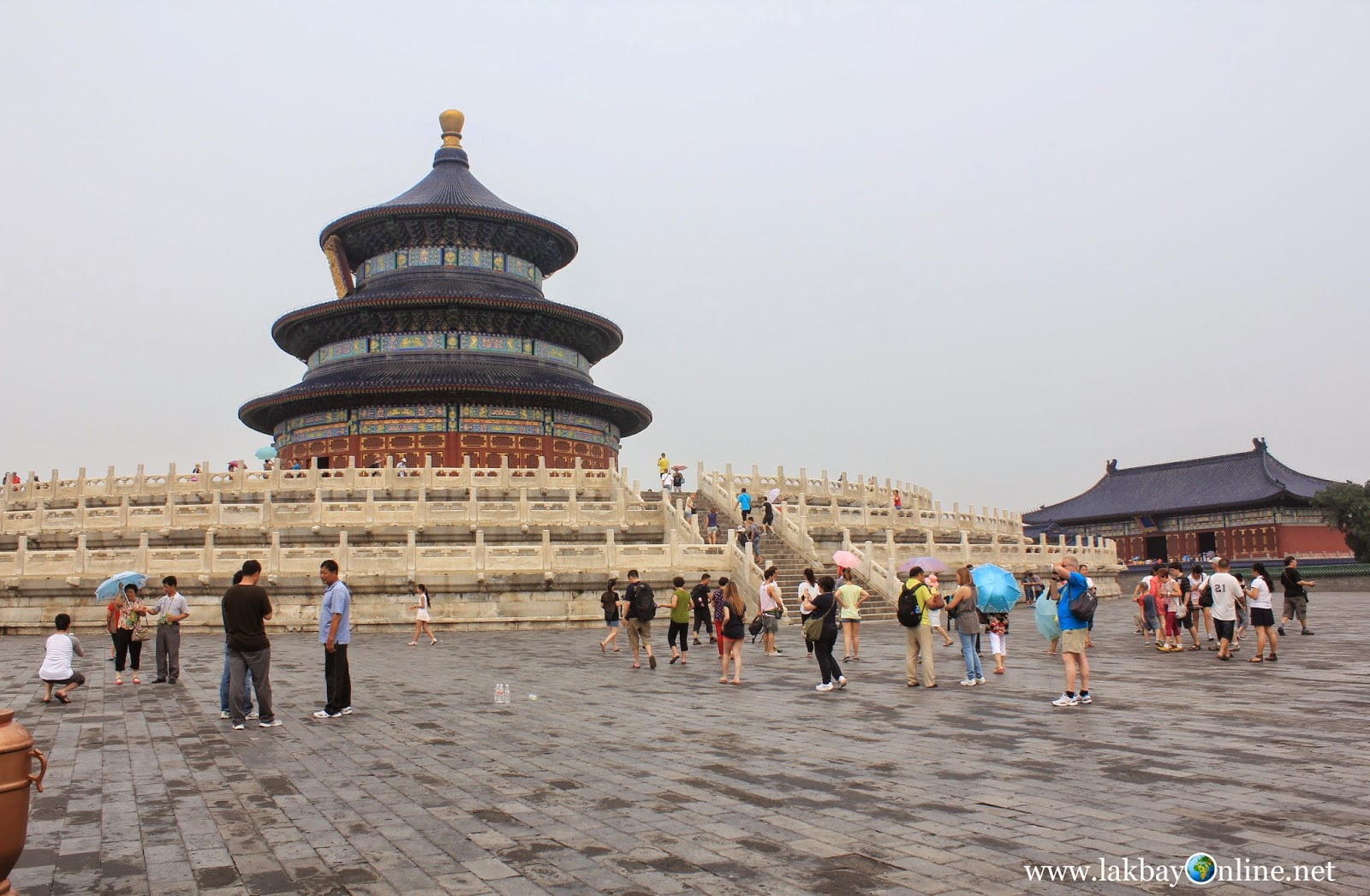 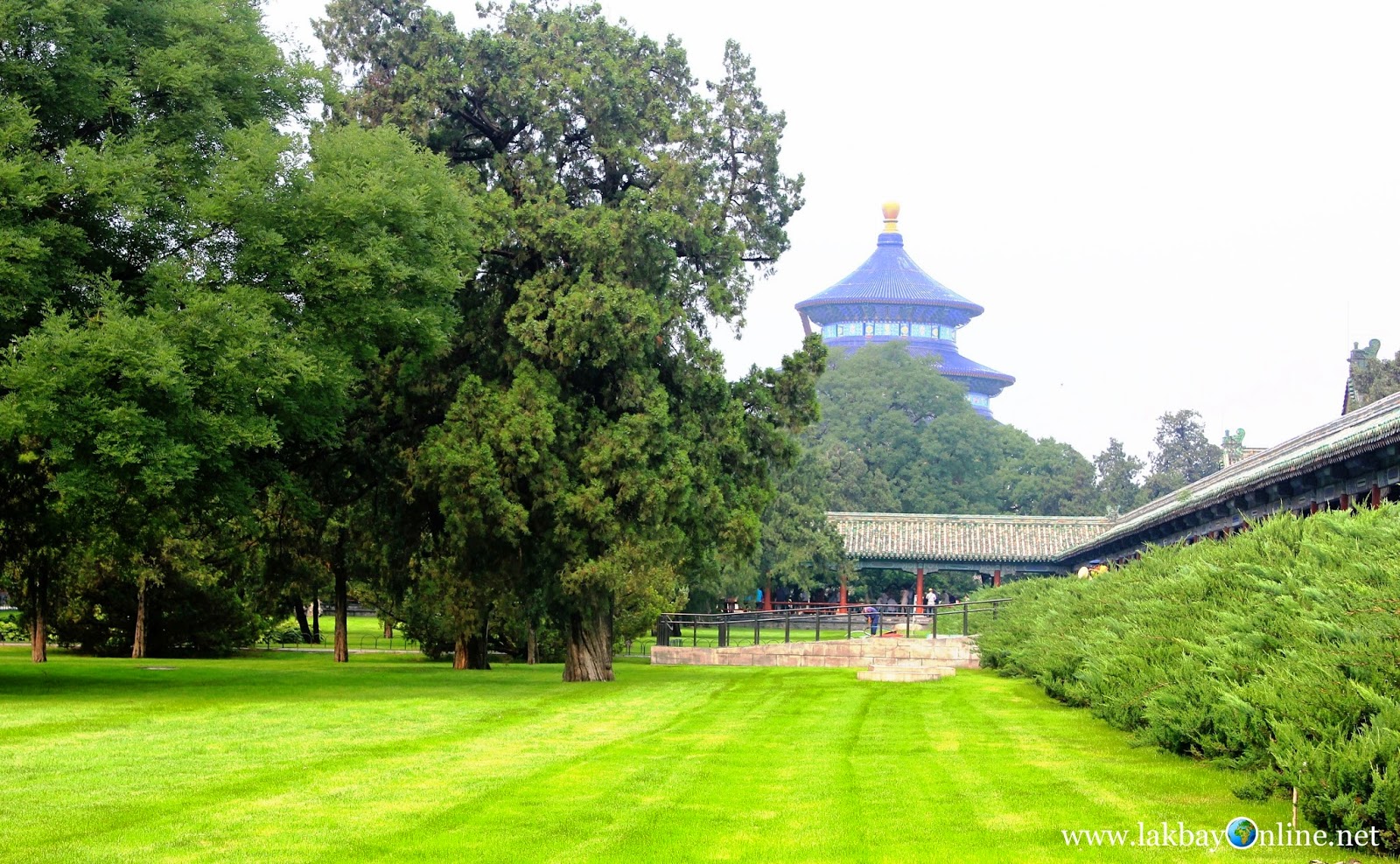 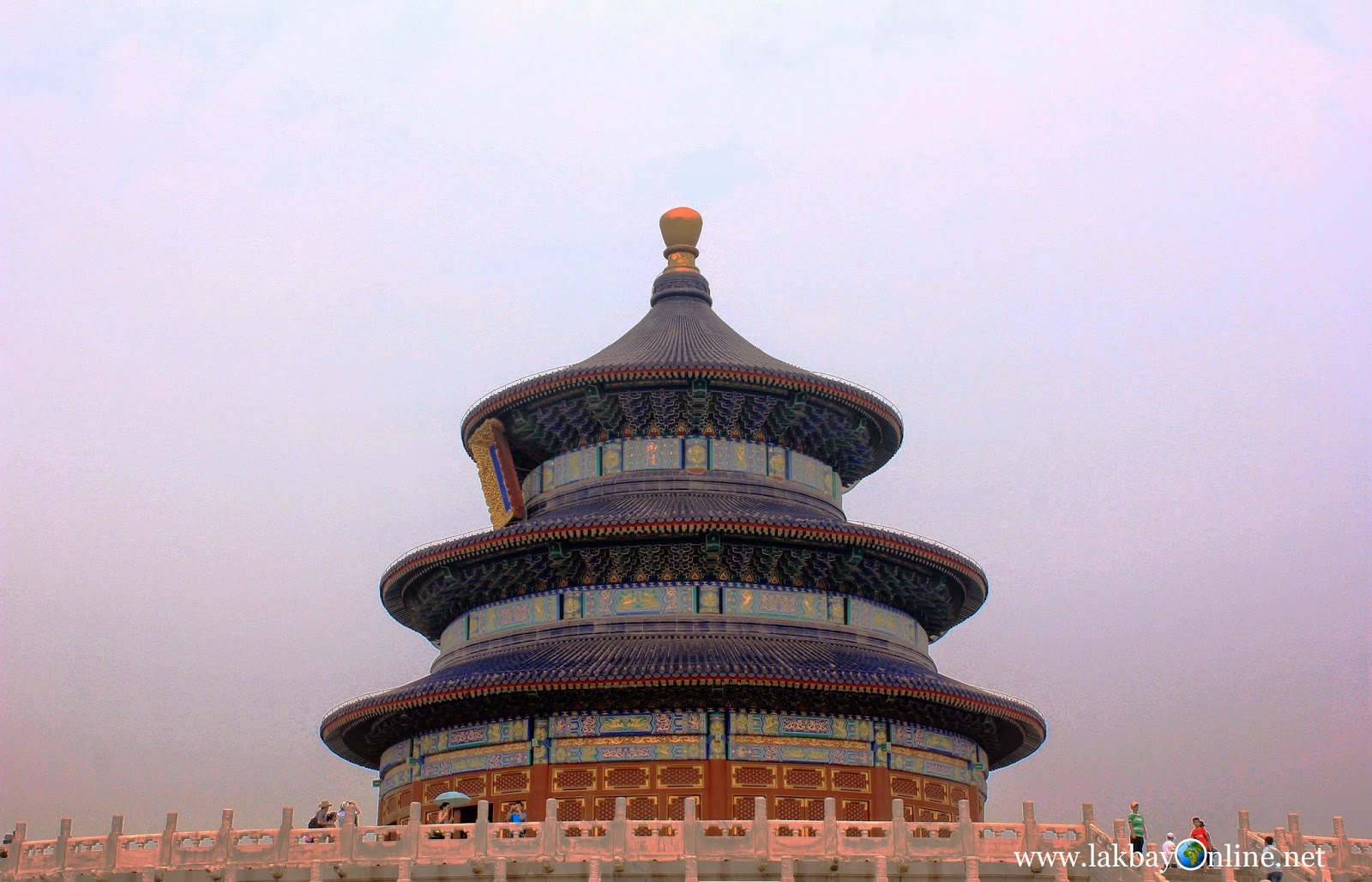 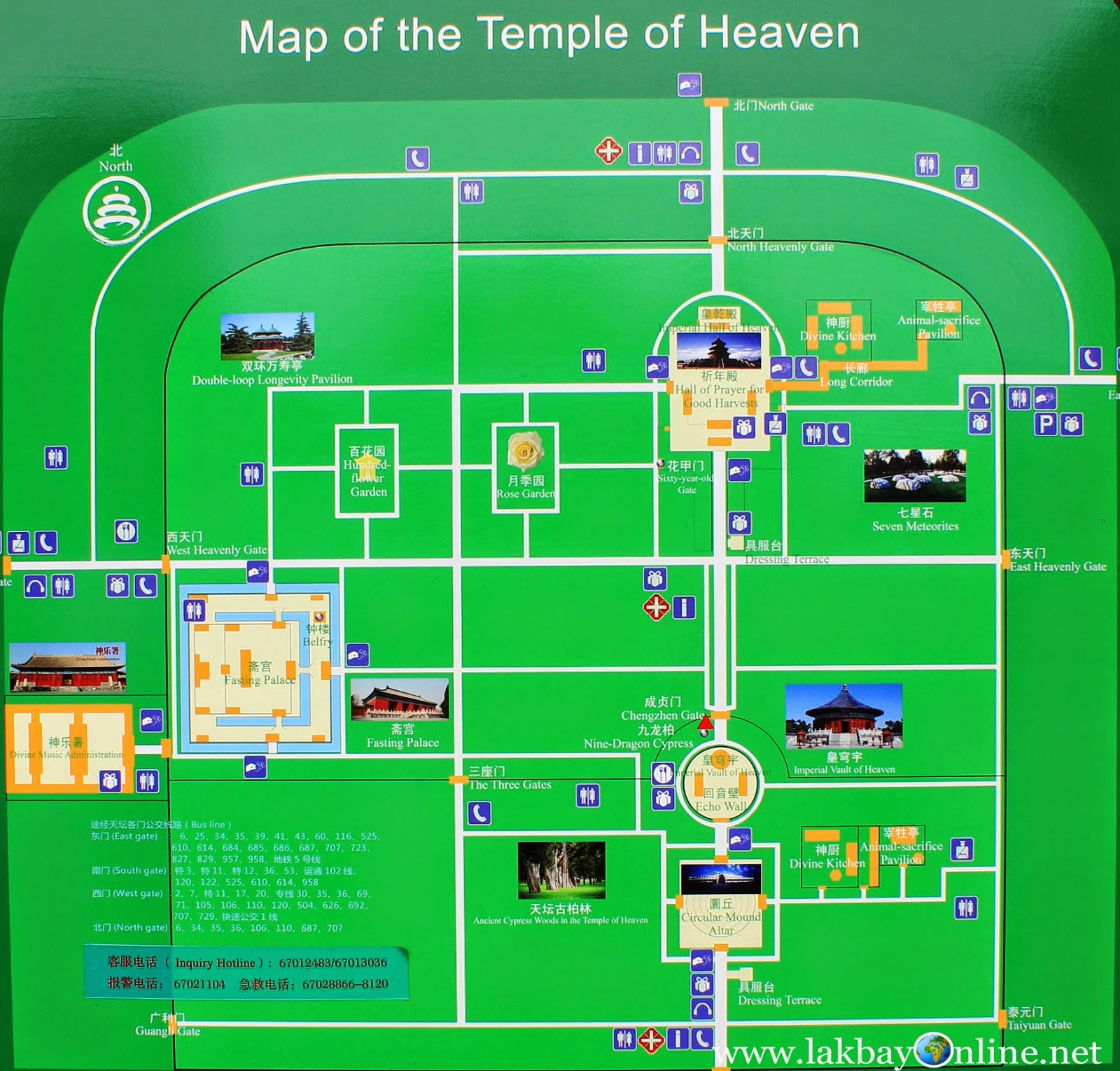 Direction:
By Subway Line 5: get off at Tiantan Dongmen Station then find the East Gate of the Temple of Heaven

I always take Subway in Beijing so I can’t give information on buses going to those places I mentioned above.

In 2008, I just took a picture in front of this World’s Heritage Site. I don’t have the opportunity to walk around the city.  As part of my Birthday Journey in 2013 I spent 1.5 hours inside the Forbidden City, the former Imperial Palace which was the home to 24 Chinese emperors over 491 years (1420 – 1911). At present, the Forbidden City is known as the Palace Museum and opens to all visitors after paying the entrance ticket costs CNY60.00 per person.

All visitors are advised to wear comfortable walking shoes as the palace is 960 meters long and 750 meters wide. It has 9,999 rooms, in the space between 4 pillars.

The palace is open from 8:30 AM to 5:00 PM during Spring-Summer Season and 8:30 AM to 4:30 PM during Fall-Winter Season, but it closes every Monday afternoon from 12:00 PM except on public holidays and in July and August. There are plenty of food stores inside the palace. 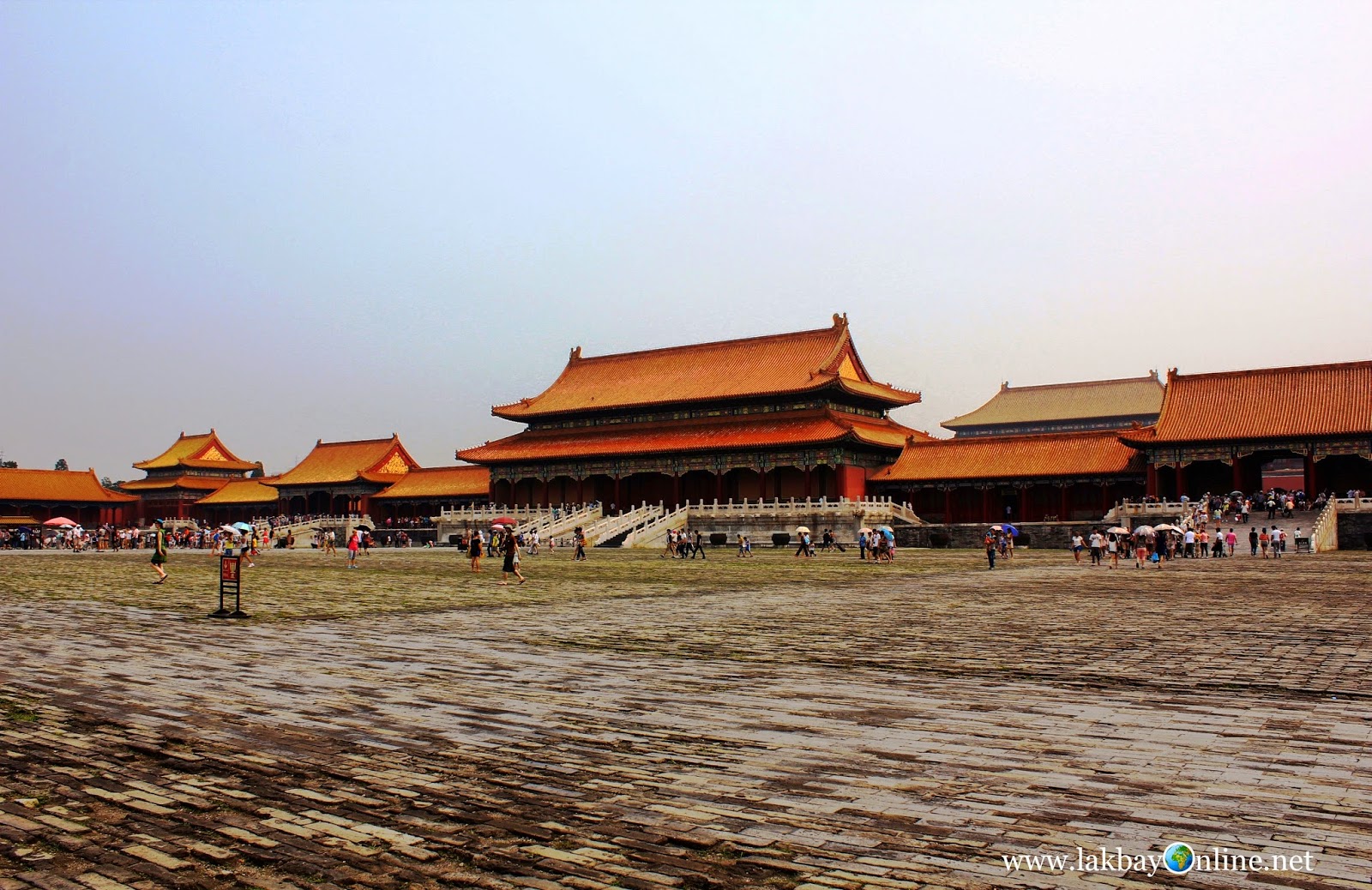 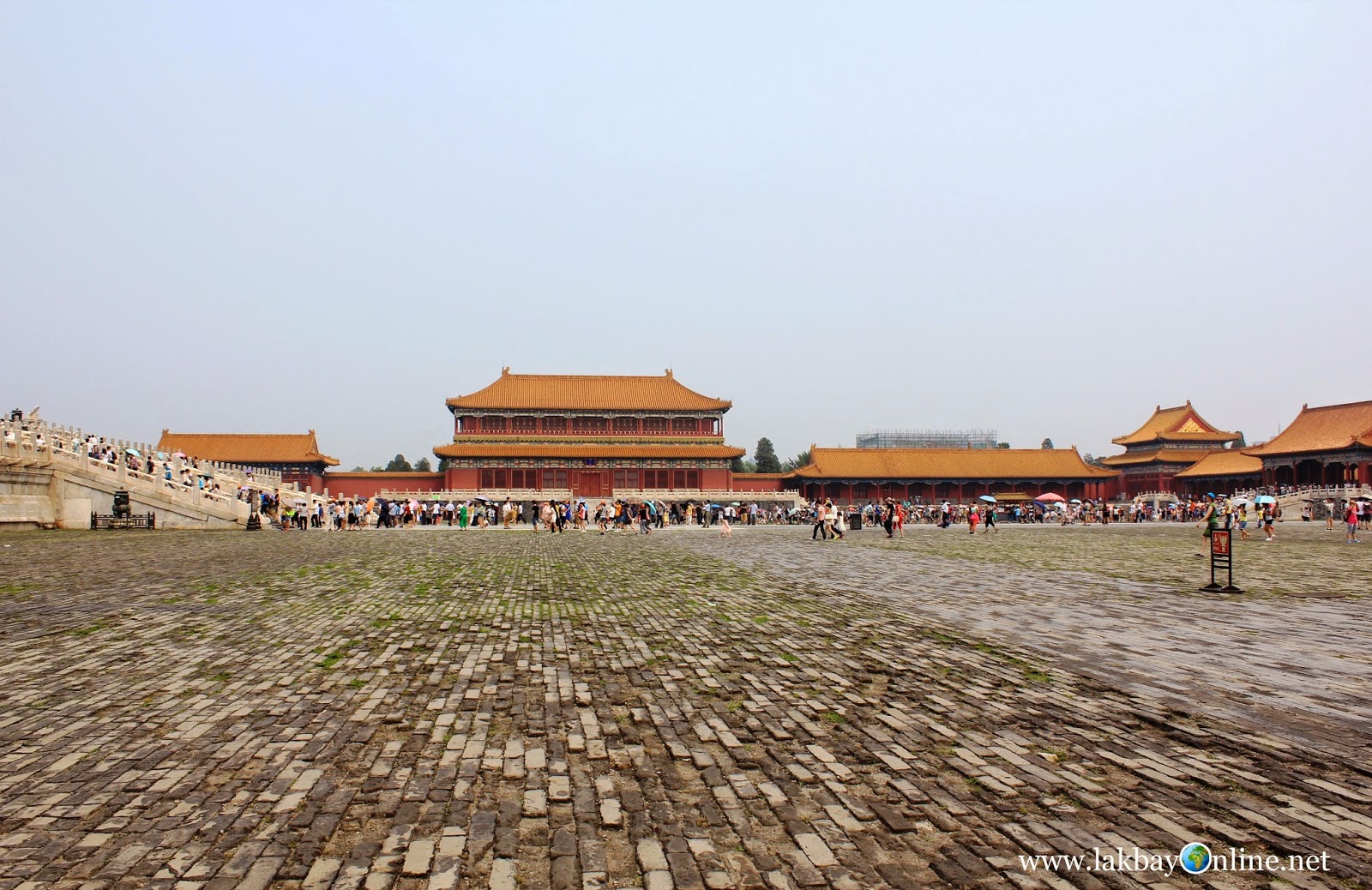 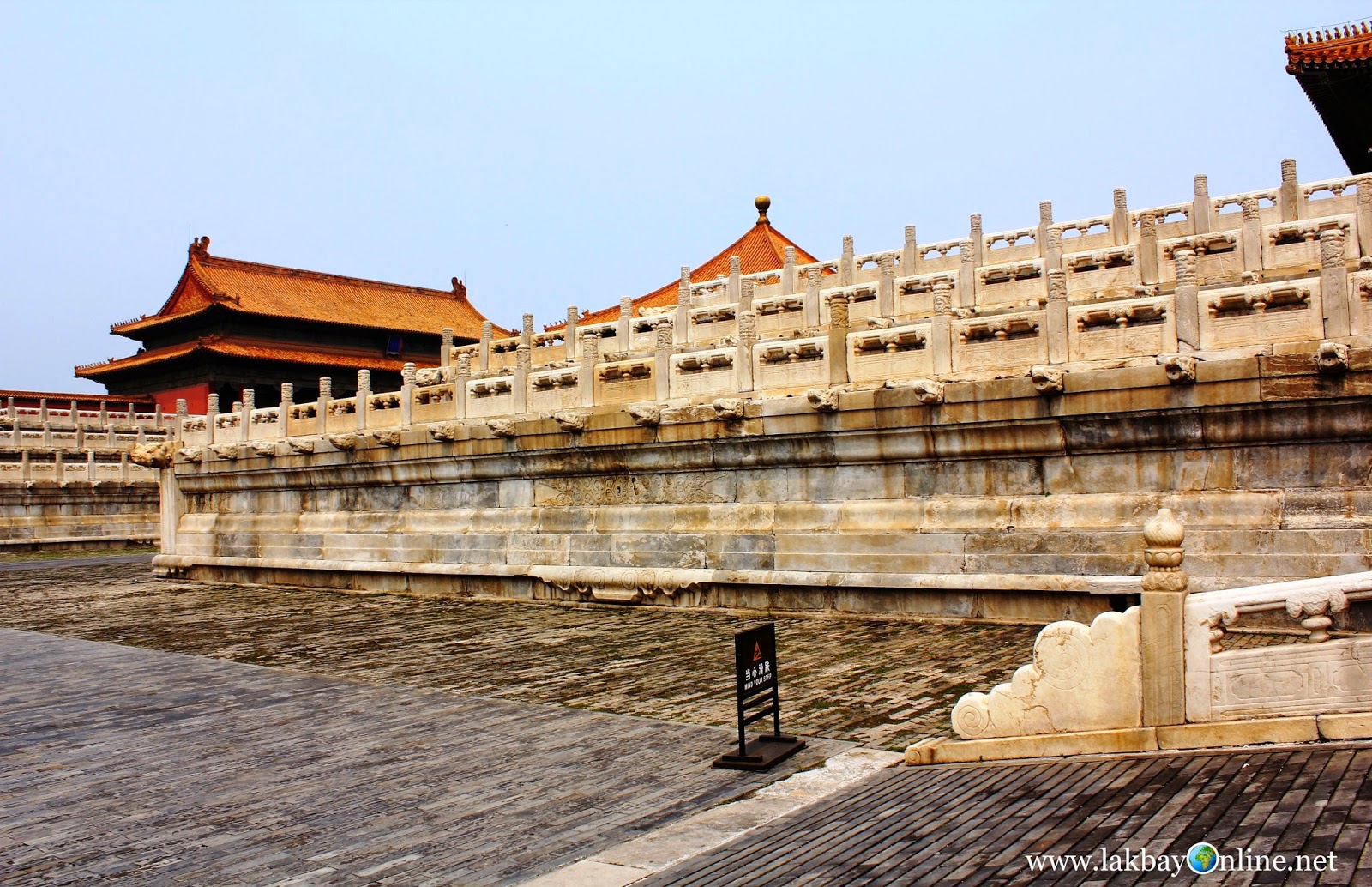 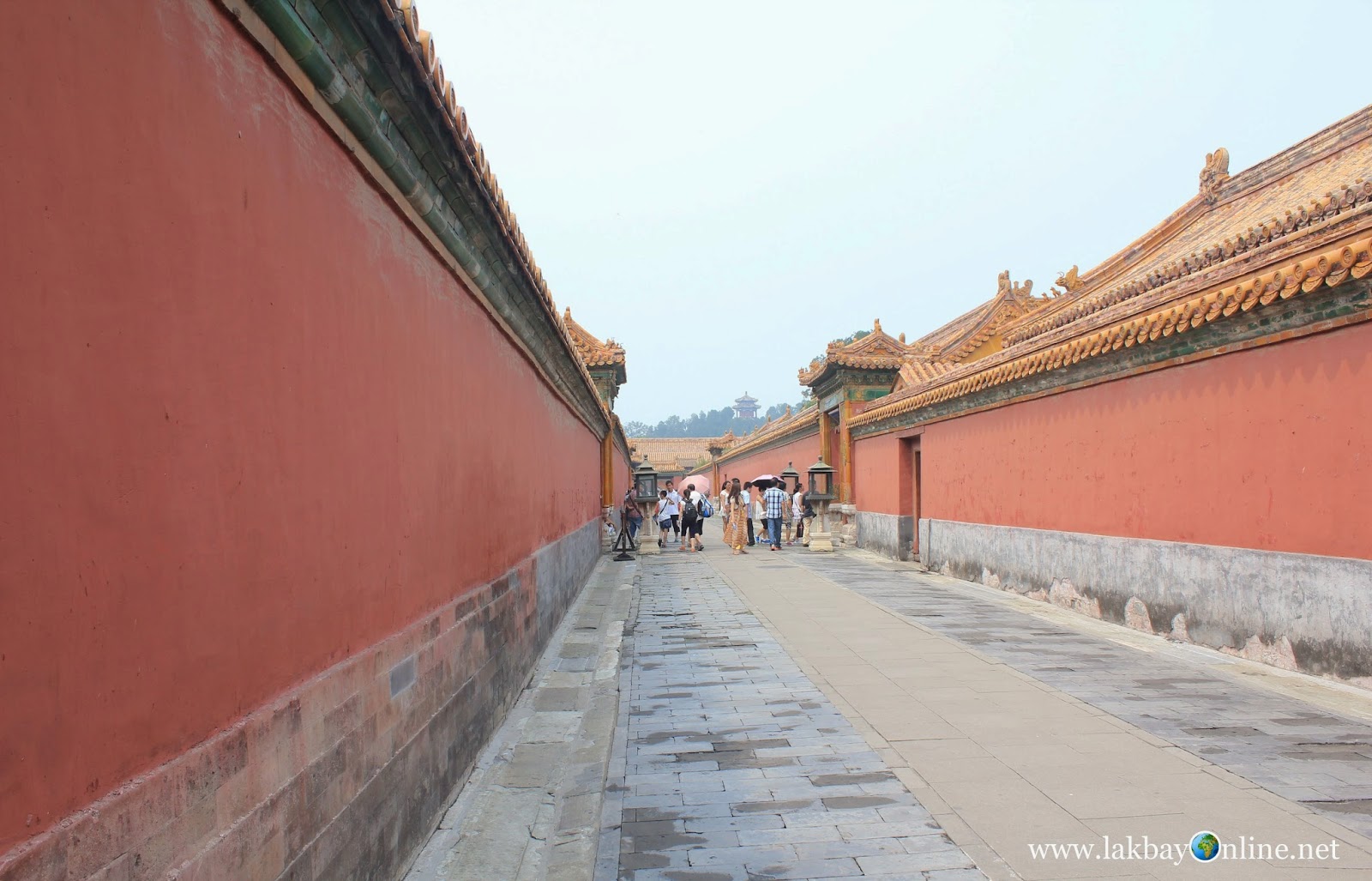 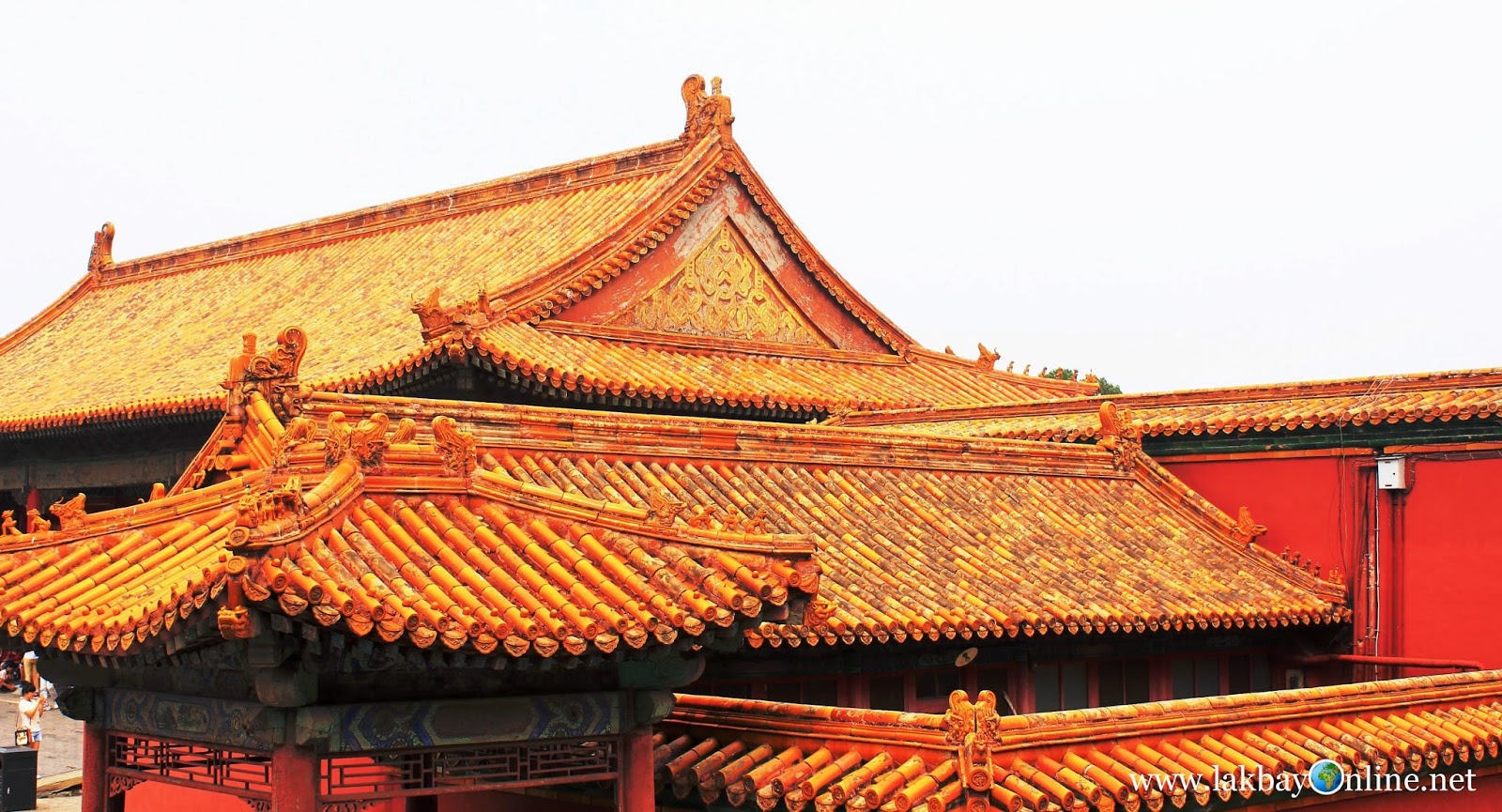 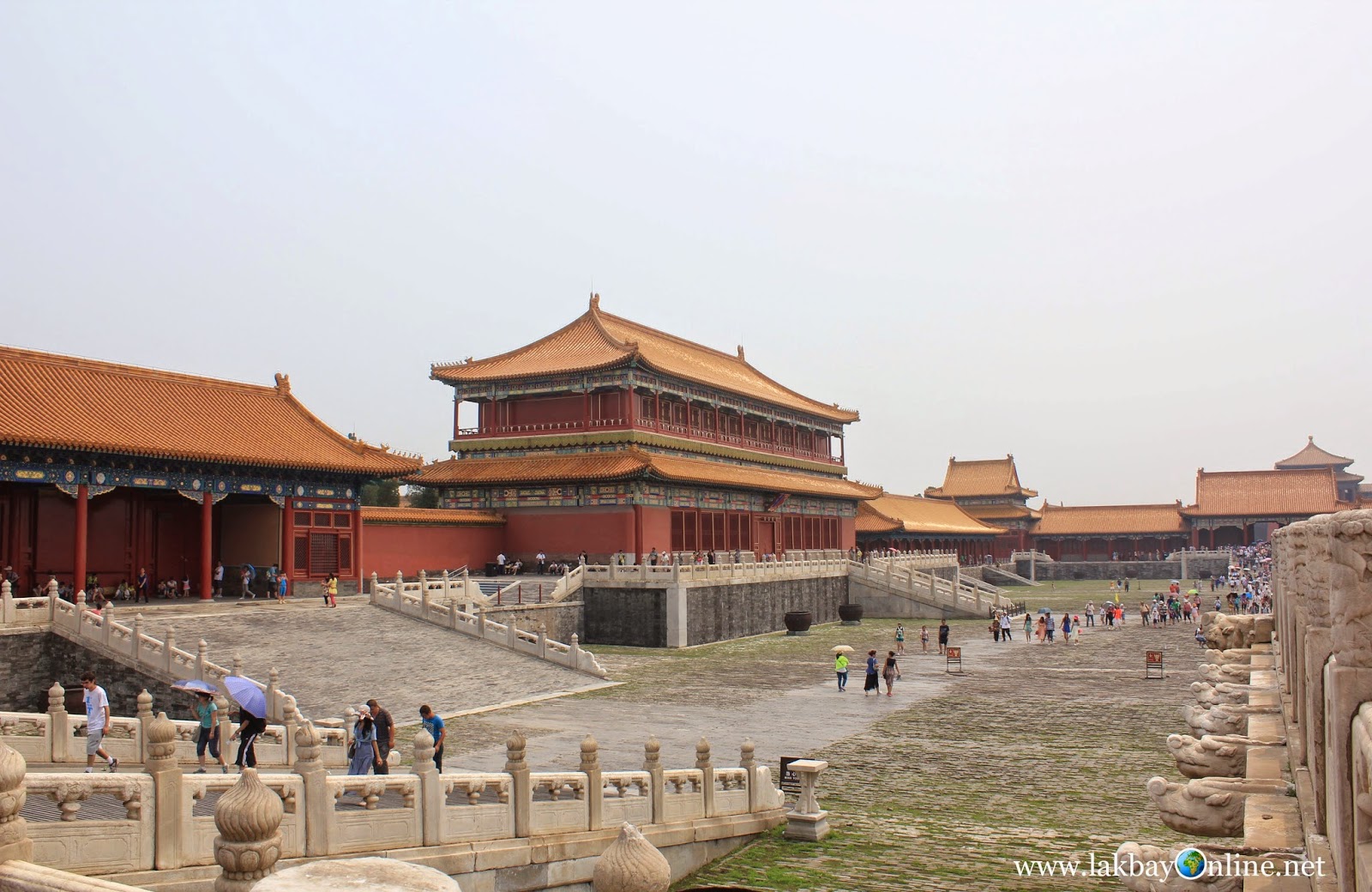 Direction:
By subway line 1: get off at Tian’anmen East or West Stations

THE GREAT WALL
The Great Wall is one of the greatest 7 wonders of the world and listed as UNESCO World Heritage site. This was my second time in Great Wall. The first visit was in Juyongguan Pass Great Wall, “pero hindi ako nakarating sa taas, nahilo ako sa pag akyat sa matarik na hagdan”. In my second time, I went to Badalling Great Wall and take the cable car.

The wall is stretching approximately 8,851 kilometers from east to west of China. With a history of more than 2,000 years, and constructed from the period of Warring State in 476 BC – 221 BC up to Ming Dynasty in 1368 – 1644). It’s like a gigantic dragon above the mountains and plateaus. 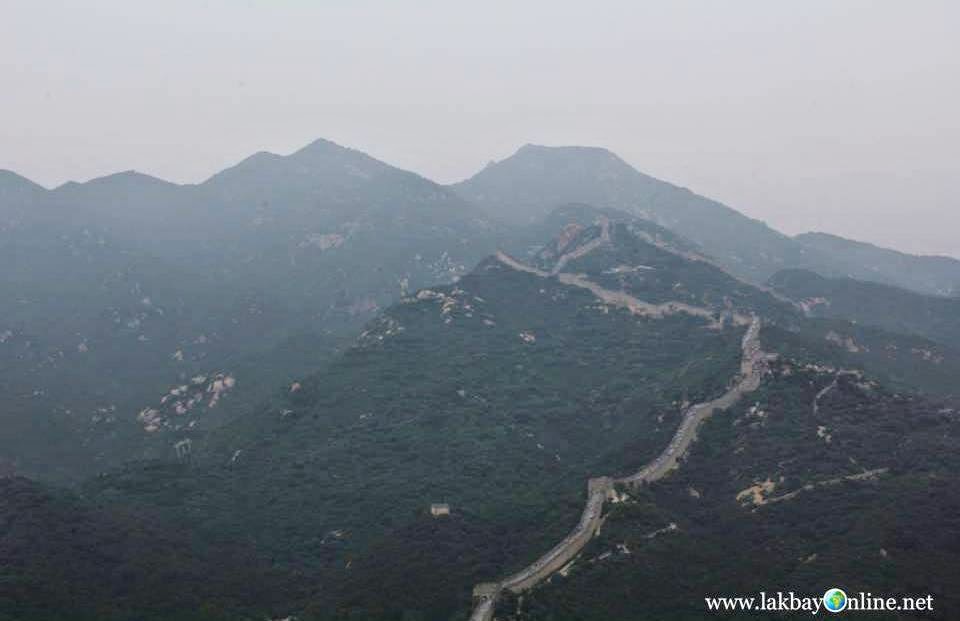 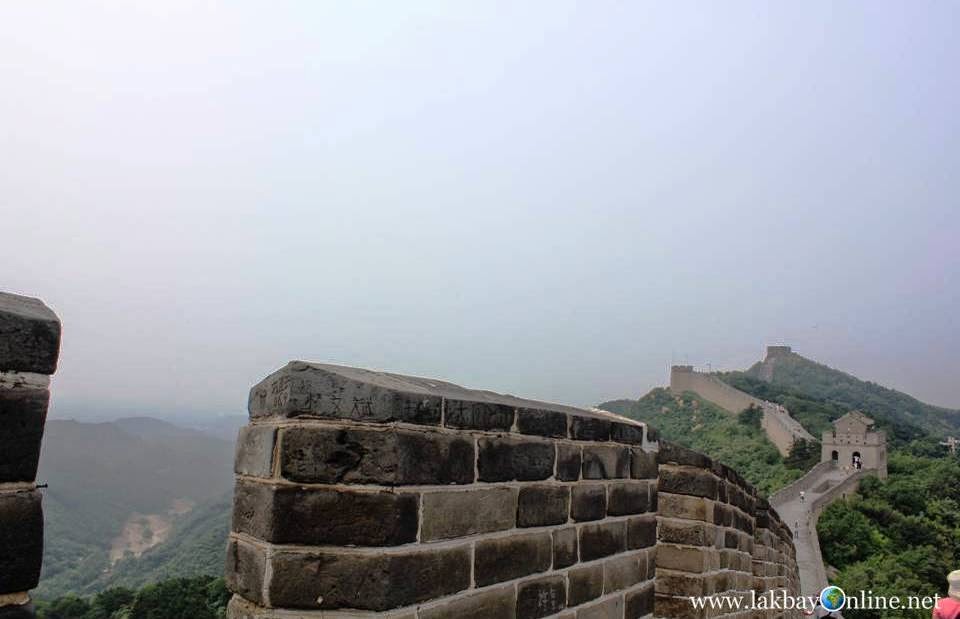 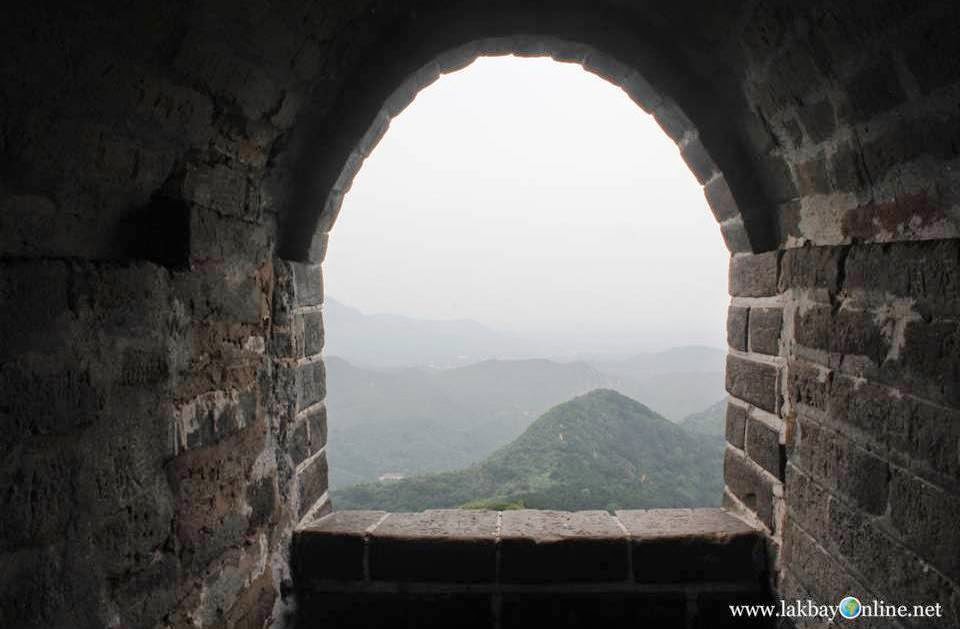 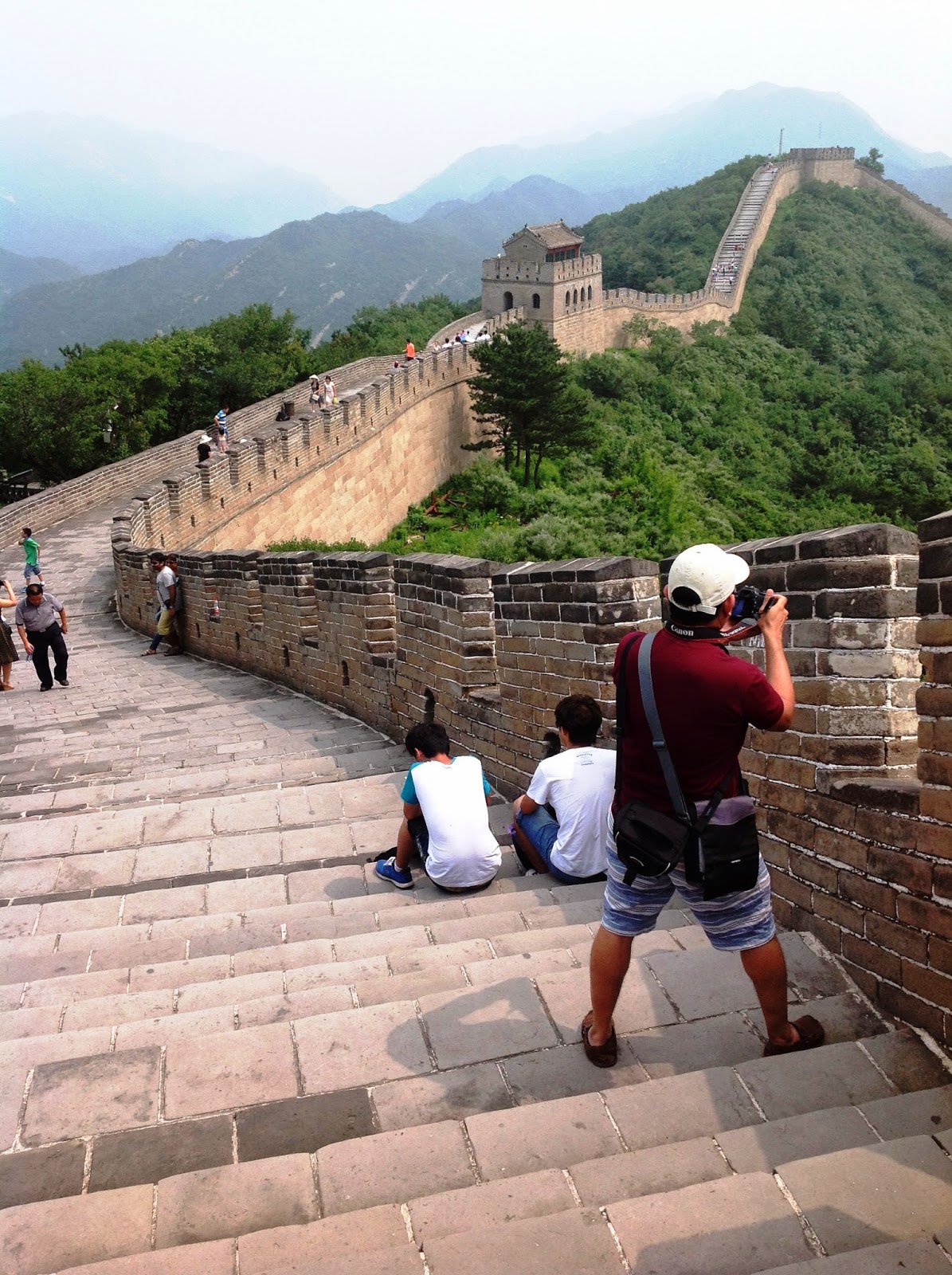 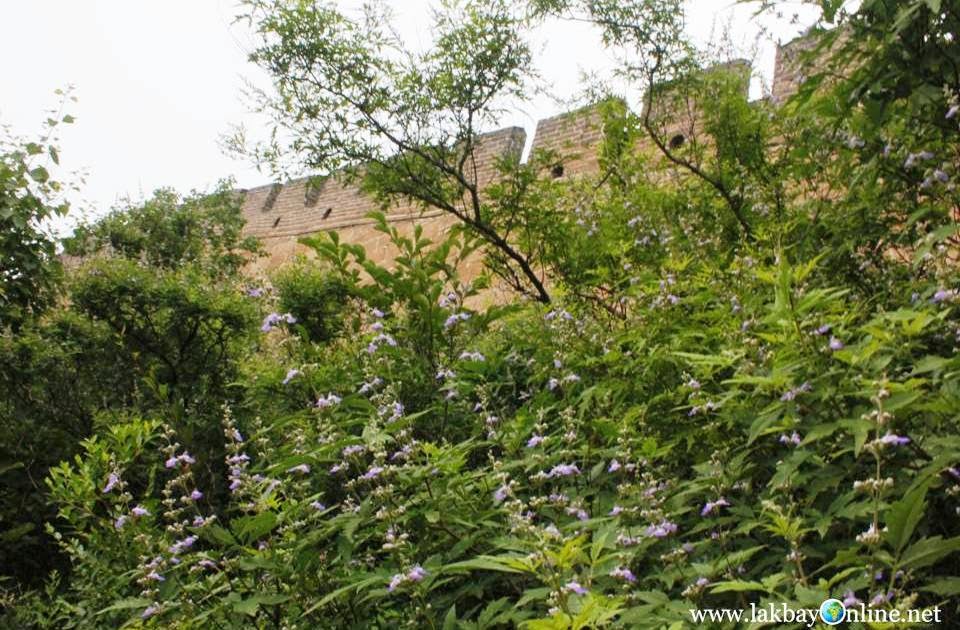 Direction:
The best way to go is to avail a whole day tour (shared tour) which includes Lunch, visiting Ming’s Tomb and Olympic Village.  The operator will pick you at around 7:30 AM and drop you off in your hotel after the tour. The tour costs USD20.00 per person.

CCTV Tower
There are two CCTV (China Central Television) tower in Beijing, the Original Tower and the new CCTV tower. The one I visited is the latter one, the newest landmark in Beijing.  I just took a picture from the outside. If you want to enter, the admission fee costs CNY70 and CNY90 for Taipingyang Underwater World Exhibition. 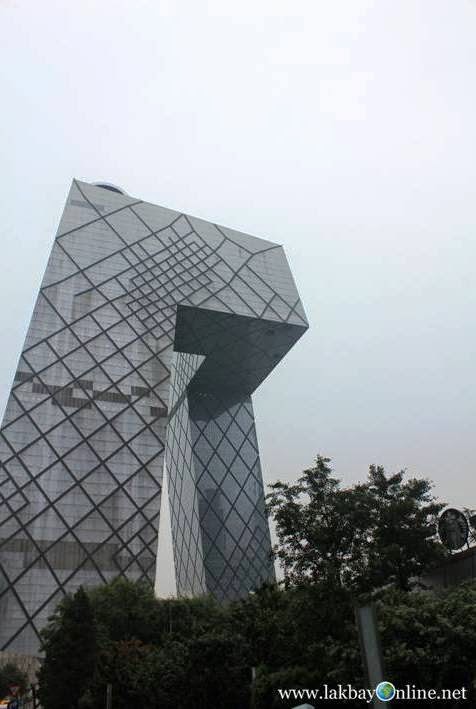 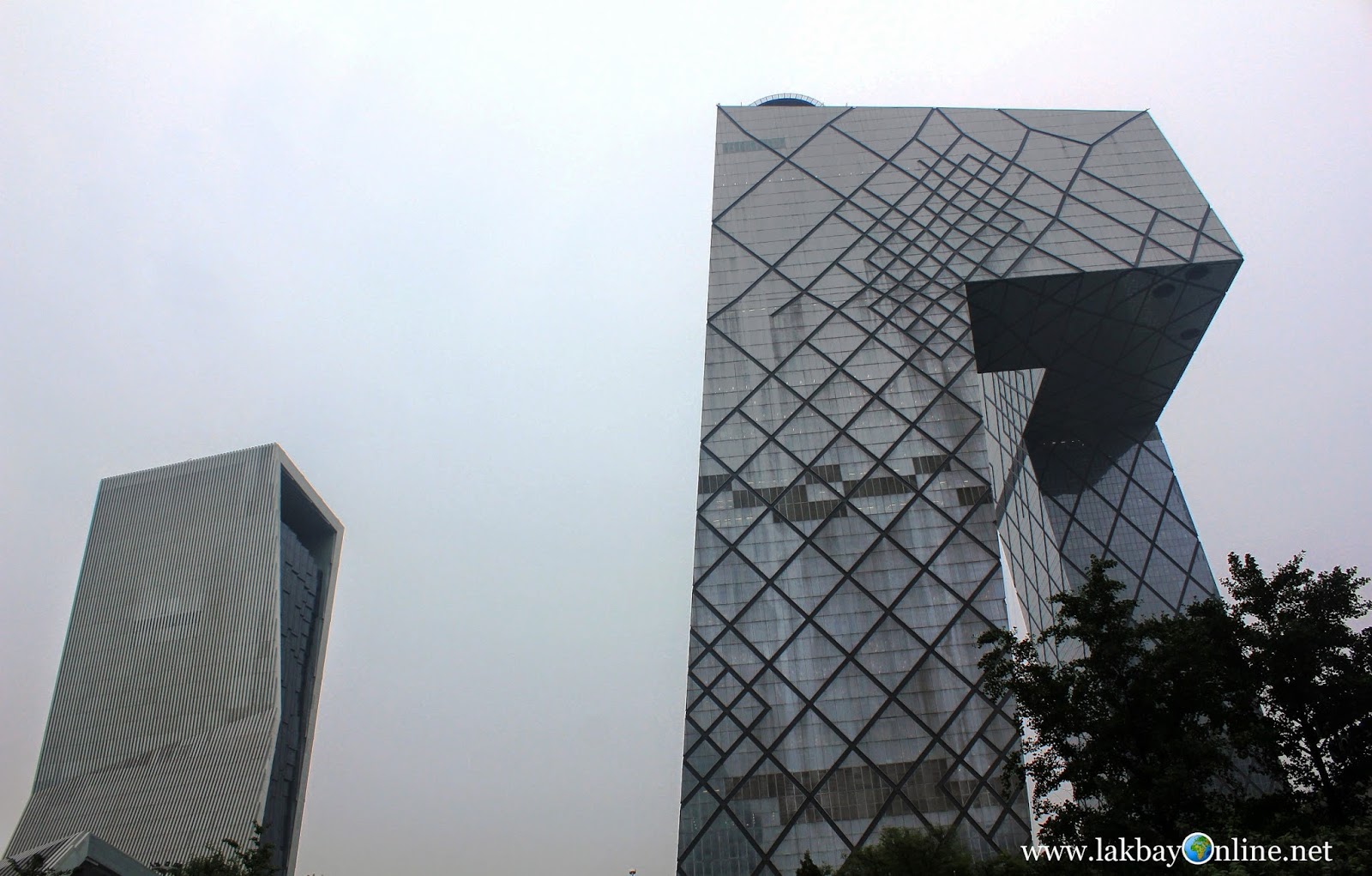 Direction:
Subway Line 10 – get off at Jintaixizhao Station and Exit at Southeast gate

ST. JOSEPH’S CHURCH
This church is commonly known as Wangfujing Church, located at 74 Wangfujing Street in Dongcheng District.  Wangfujing Church is one of the four historic Catholic churches in Beijing. The construction of the church was finished in 1655 by Jesuit missionaries. 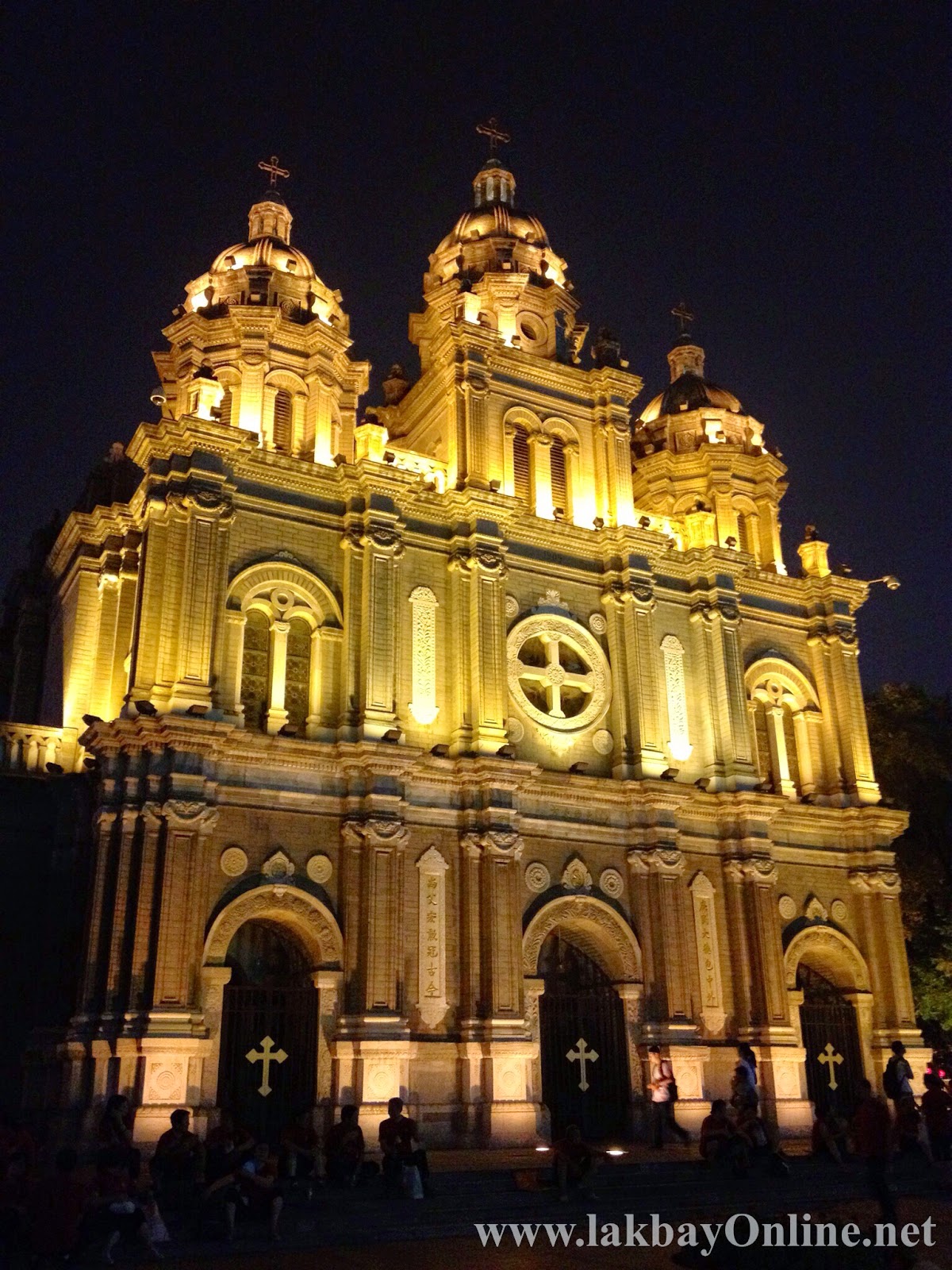 Direction:
Subway Line 1 – get off at Wangfujing Station or Line 5 at Dengshikou Station.
I took the Line 1 then walk few meters along the Wangfujing Street.

Wangfujing Street is one of the famous Capital’s shopping streets. This is very popular for shopping for both tourists and residents. Since Ming Dynasty this place has been commercial activities. A princess residence was built in here during the Qing Dynasty, thereby this street named “Wang Fu” (princely residence) “Jing” (well).

SUMMER PALACE
I didn’t go to this place because of hard rain on my last day in Beijing. I‘d rather stay with my hotel beside the Beijing West Railway station and prepare myself for a journey in Xi’an China the next day.

I am not a professional photographer. I am not a good writer. I am just a traveler. - @pinoytrekker